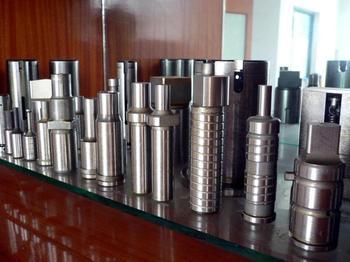 As one of the 17 new projects introduced by Neqiu County in 2012, after the commencement of production of 3 projects including Gaoli Thermal Insulation Materials Project, Fangyuan Metallurgical Machinery Project and Super Rock Slag Powder Project, the total investment of Shukai Casting Project was RMB 320 million. The pre-construction has also been completed and the initial production capacity has been achieved.

According to a survey conducted by the relevant professor of the International Association for Modeling, the project is located in the middle zone of the Industrial Park of Kangzhuang East Road, Neiqi County. It covers an area of â€‹â€‹60 mu and is mainly used for the production of car cover mold castings and machine tool bed castings. It takes an average of two years to build similar factories across the country from foundation to commissioning. The Shuokai Die Casting Project has only been used for 16 months since it was laid in March last year.

â€œFrom the application of various formalities in the previous period to the specific items of water, electricity, roads and other aspects involved in the project construction process, the county leaders personally coordinated and various departments actively cooperated with the on-site service, saving a lot for the completion of the project. Valuable time, said Wang Yanbin, general manager of Shuokai Casting Co., Ltd., said, "If you don't do business, you don't know the complexity and complexity of it, you can build it so quickly, and you can't do without the support of the county's departments!"

In order to win market competition, Shuo Kai has been leading the world's leading mold manufacturing companies, employing experts, professors, and professional and technical workers, and has adopted a solid casting process known as the â€œ21st Century Foundry Revolutionâ€ from the process. According to Prof. Liu Gensheng, solid casting is a â€œgreen castingâ€ process that is in the forefront of the current foundry industry. It has no dust or smoke pollution, and the precision of the mold produced is higher and more realistic.

â€œSteel and steel products are the leading industries in our county. After the production of the Shuokai Die Casting Project, the molten iron of the steel plant is used as the raw material for production. After the intermediate frequency furnace is heated, the corresponding alloy components are added and the mold is cast to make full use of it. The existing resources at the same time, that energy-saving emission reduction costs, but also extends the steel and steel products industry chain." Yan Zhenfa, director of the company said.

â€œIn the mold casting industry, we must be ahead of others, compete for leading companies, and inseparable from technology research and development.â€ Wang Yanbin said that at present, companies have signed cooperation agreements with Hebei University of Technology in research and development, and they are committed to high-end technologies. R & D pilot production, high-end technology to promote product updates, to win more market share with excellent products.